Voyage on this unforgettable 17-day Canadian Arctic Discovery cruise departing from Greenland on our boutique expedition ship and circle around Baffin Bay in the Canadian Arctic before navigating part of the Northwest Passage among mountainous icebergs, charming fjords and some of the most active glaciers in the world in an area that is ice-bound for some of the year. Witness polar bears and be enchanted by a blessing of narwhal dive around you, then glimpse long white tusks break the icy arctic waters, and discover landscapes covered in arctic willow and purple saxifrage. Your voyage will take you to a region that has been visited by some of history's greatest explorers such as John Franklin, James Ross and Norwegian Roald Amundsen. Visiting Inuit communities with their colourful harbour homes makes your cruise a history lesson like no other. 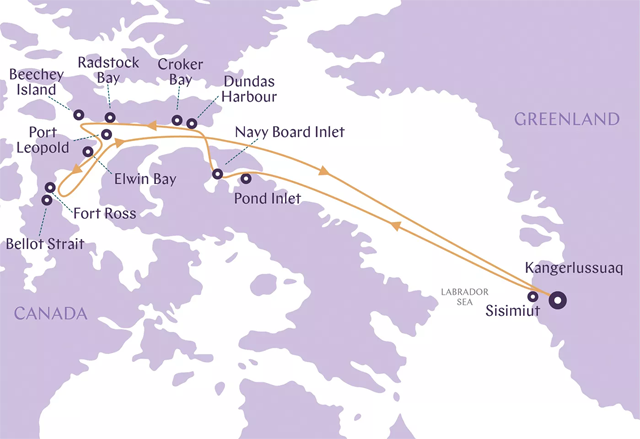 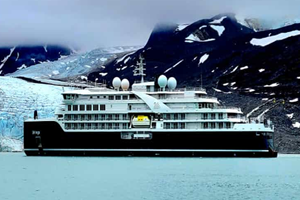