Trace a path along the Northwest Passage on our 16-day Northern Canadian Discovery cruise on our boutique expedition ship following part of the legendary ice-filled route that challenged great explorers. As we sail from Greenland through the iceberg capital of the world, gaze in awe at the ice-filled straits and fjords crammed with gargantuan icebergs. The northern Canada coast around Nunavut is a haven for caribou and polar bears, and in Newfoundland we get the chance to hear the stories of the indigenous Inuit people and discover ancient whaling sites. Combining adventure and culture, this epic voyage is something every traveller should experience in their lifetime. 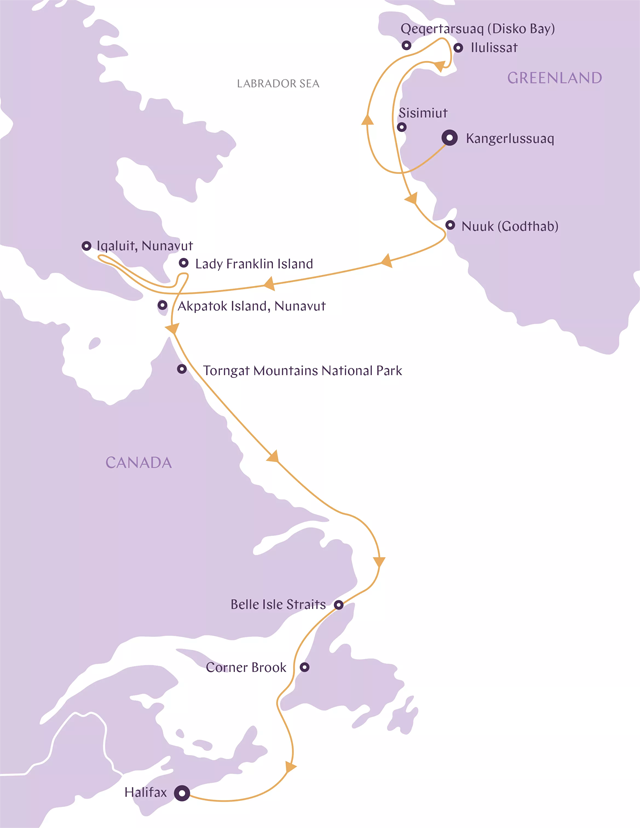