We guarantee that the next three weeks will be some of the best travel memories to date. So much is on this voyage; Patagonia's famous penguins, dolphin watching in West Point Island and learning the history of the Falkland Islands are just a few highlights. Yet, surely the jewel in the crown of this adventure is three days in Antarctica, imbibing in glacial beauty and abundant wildlife. A Drake Passage crossing finishes off this epic trip. 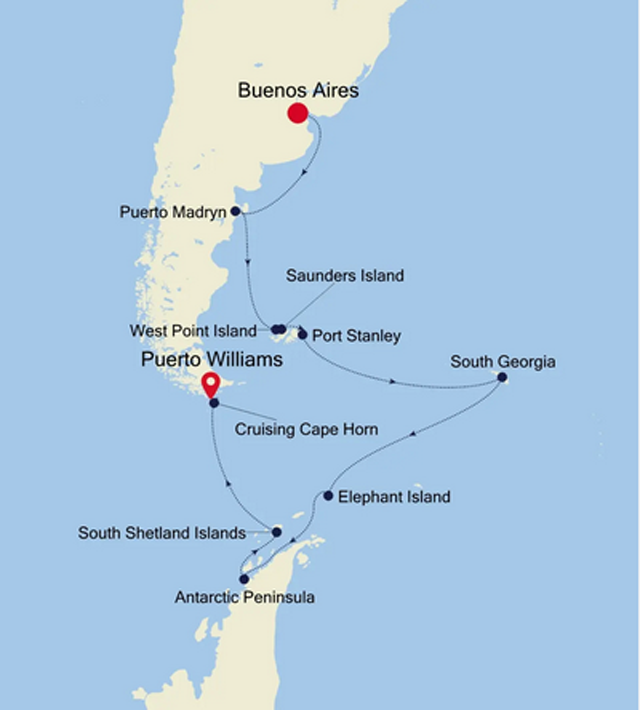