Experience the enormity of Greenland - the world's largest island - where jagged peaks pierce azure skies, and countless glaciers snake their way towards the coast. Discover ancient rocks at Skaergaard Peninsula dating back some 55 million years. Hike across the arctic tundra in search of arctic fox, reindeer and muskox, tasting delicious wild berries along the way. Zodiac-cruise along spectacular sounds where ringed, harp and hooded seals laze on the sea ice. Watch icebergs form as Greenland's enormous ice sheets - the largest in Arctic - calve into the fjords and encounter humpback and minke whales feeding in the nutrient-rich waters. Sail Prince Christian Sound, flanked by imposing mountains, as it carves its way through south Greenland where green pastures signal the presence of human settlement, and where the Viking ruins of Erik the Red still stand at Hvalsey. Weaving through the fjords and channels, we enter west Greenland, the country's most developed region, home to the nation's capital, Nuuk, and the UNESCO World Heritage-listed Ilulissat Icefjord.

Save up to 20% on Select departures and cabins categories when you book by June 30th, 2021 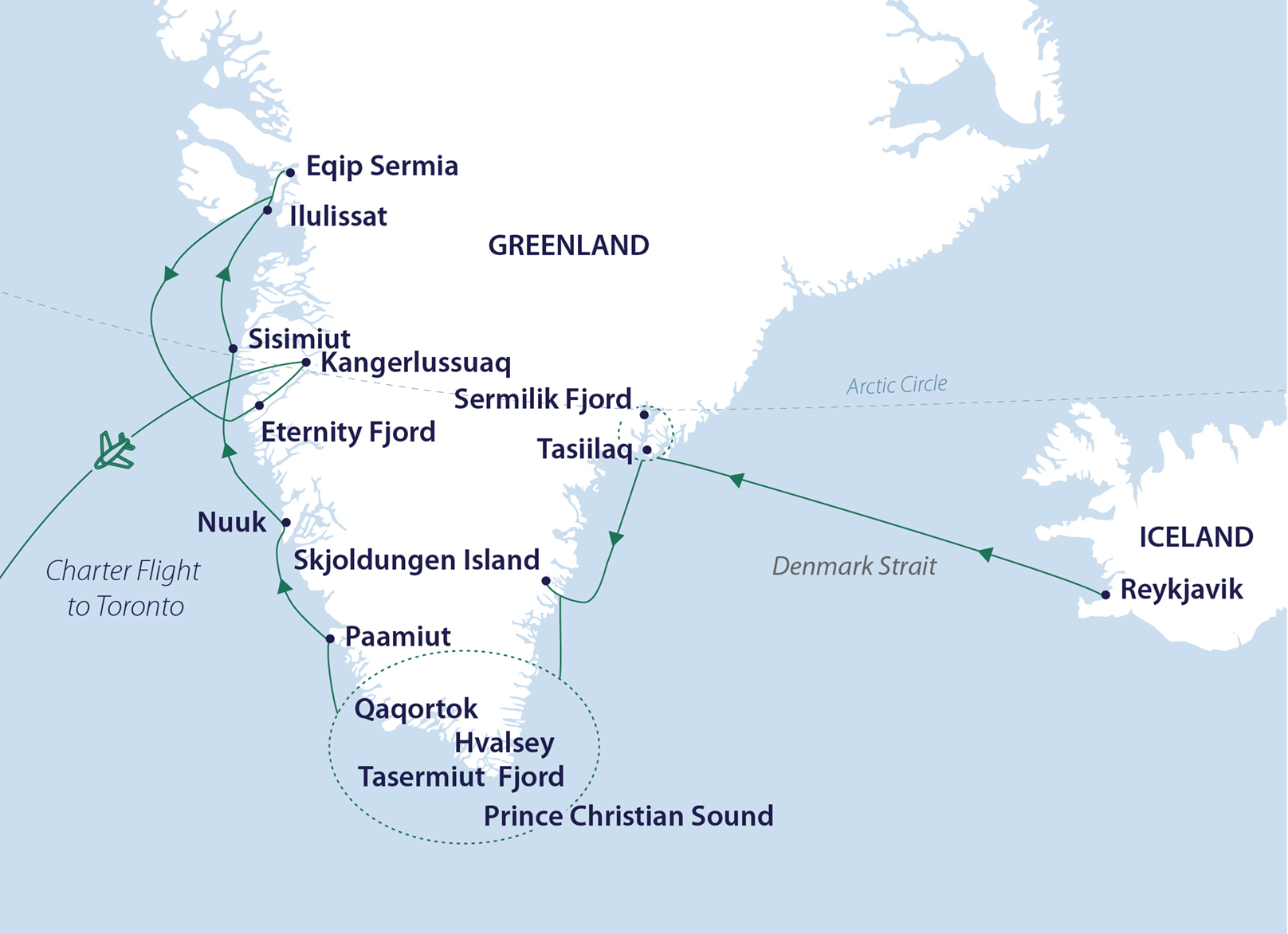