Few places compare to South Georgia in terms of exotic wildlife and jaw-dropping scenery, and the Falklands are no different. On this exploratory voyage you can enjoy both, possibly touring the world's largest black-browed albatross colony while also seeing some of the biggest breeding spots for king penguins and elephant seals on Earth - along with day after day of amazing polar scenery. 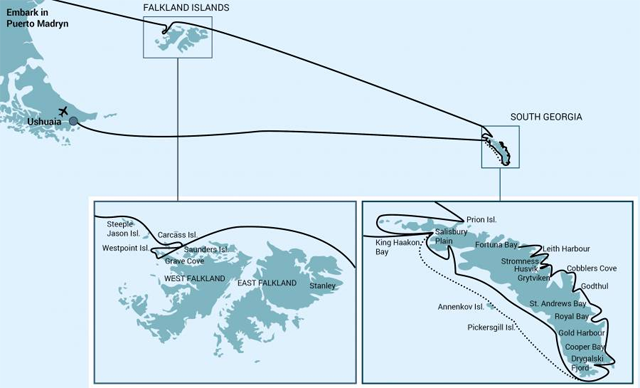 
Excluded from this voyage